Why You Should Care About Sharks: James Sulikowski on PYP 478 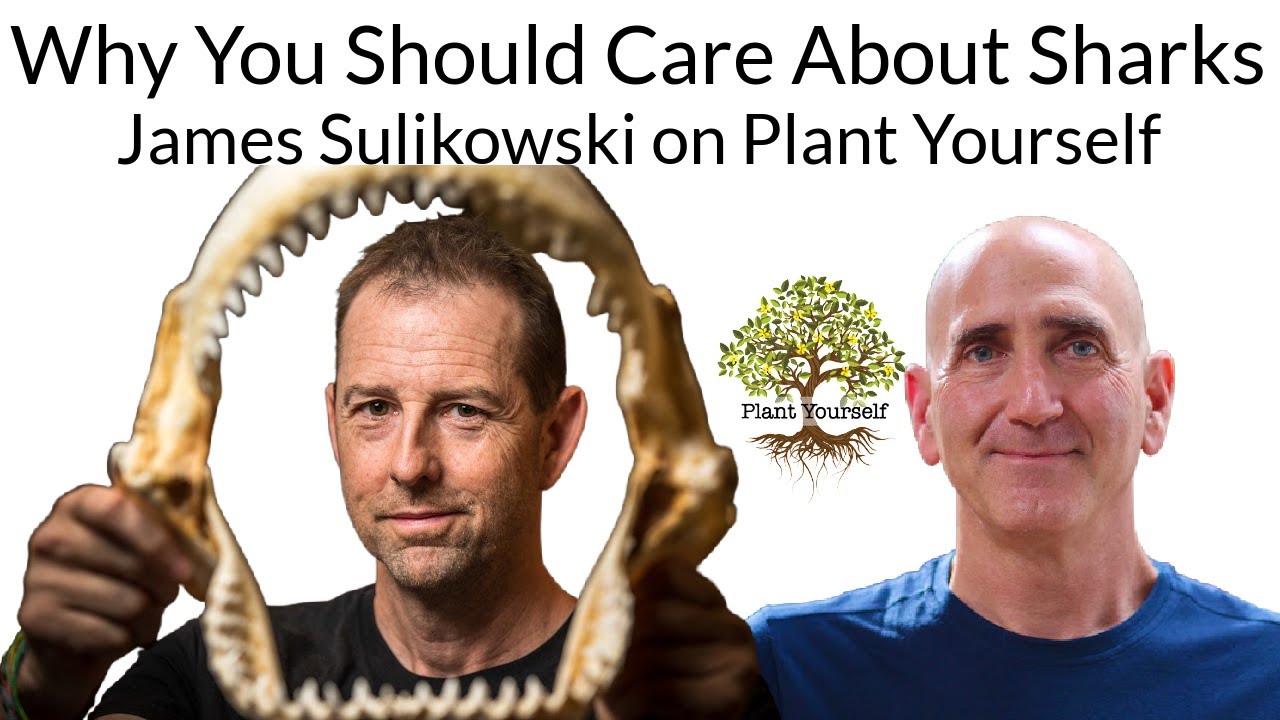 James Sulikowski is a professor at Arizona State University, and associate director in ASU's School of Mathematical and Natural Sciences.

And he studies sharks for a living.

We connected thanks to the PR team at a company called Earthly, which produces pet food that aims to be sustainable and environmentally responsible. So at the heart of this conversation is a paradox: on a plant-based podcast with many vegan listeners, we're talking about saving marine species through industrial fishing.

One key thing to know about sharks, I discovered in our conversation, is that climate change is the biggest challenge they face. The changing water temperatures around the globe are throwing their preferred habitats and habits into disarray. The Gulf of Maine is heating up faster than just about any other body of water on the planet, and so shark species that thrived in those waters for millennia are looking for more suitable places to live, mate, and hunt.

Climate change is also messing with their life histories, including their maturation rate, size, swimming speed, and longevity.

And other species that enjoy warmer water are now encroaching upon those waters.

Another big thing about sharks is that species vary wildly in their behaviors, morphologies, and life histories. Some sharks lay eggs, while others release their young through live births. Some of the egg-laying sharks engage in a pre-birth Hunger Games simulation known as “intrauterine cannibalism,” in which the early hatchers gobble up their still-oval siblings.

More: pollution is messing with sharks, leading to feminization of males and increased incidence of birth defects.

Still more: sharks do not want to eat you. Out of the billions of people who swim in oceans every year, there are roughly 100-150 “encounters” between sharks and humans, which lead to about 10 deaths (of humans) per year.

By comparison, according to Sulikowski, there are about 3,000 incidents of humans biting other humans on the New York City subway system per annum.

To be fair, though, sharks have sharper teeth.

We discussed what shark research looks like (from swimming, uncaged and unprotected with these giant predators, to inserting trackers shaped like eggs into shark mom uterus' (non-surgically), to developing underwater ultrasound technology that can detect whether a shark is pregnant at a distance.

We talked about the challenges of getting funded, and working with industries that are more profit-focused than ecologically minded.

We discussed a couple of species in depth: porbeagles (named because they're sleek like porpoises and good at hunting like beagles; they're not a weird cross like a Labradoodle or Cockapoo) and spiny dogfish, to be specific.

And we talked about simple steps ordinary folks can take to help sharks survive and continue to scavenge the seas and keep marine ecosystems balanced and healthy.