How to Reverse Global Warming: Marco Vangelisti on PYP 461 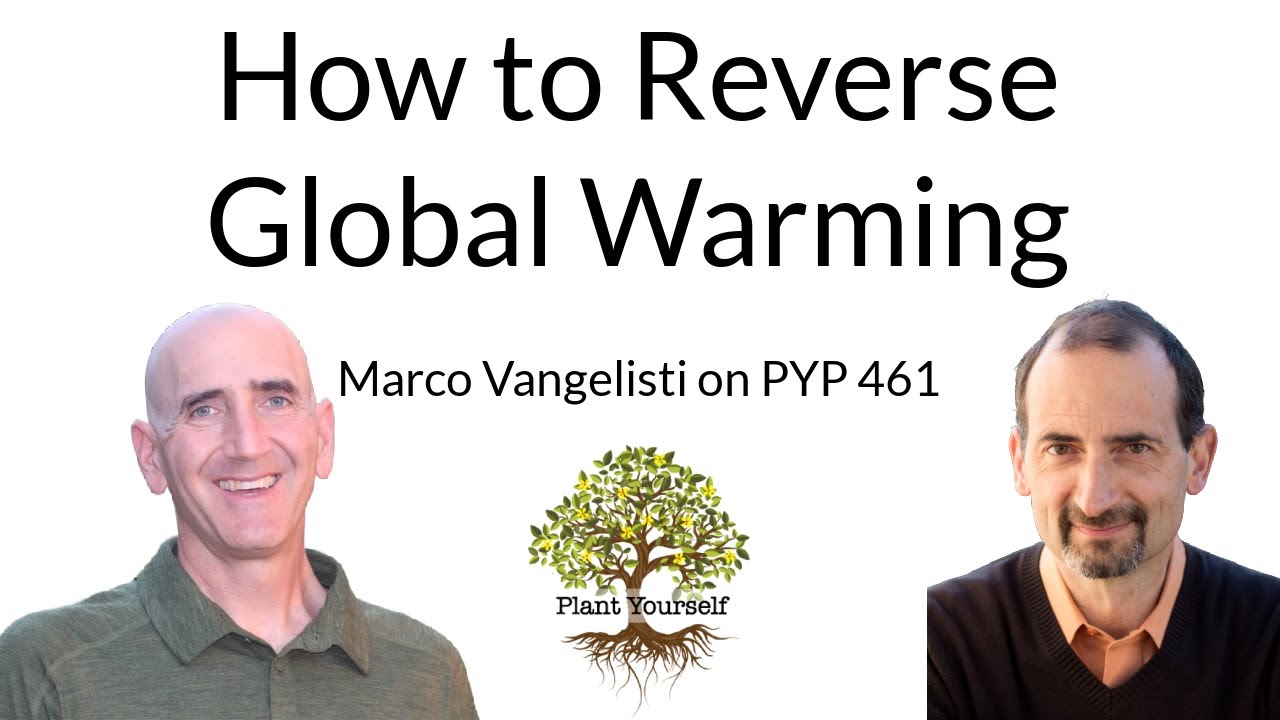 But according to today's guest, Marco Vangelisti, a mathematician and finance guy who's been studying climate science according to principles of accounting – balance sheets, reserves and access, profit and loss – carbon isn't close to our most effective lever.

Which is a good thing, because if all we had to manipulate was carbon, we'd be – in Marco's words – “toast.”

There's too much carbon in the atmosphere, and we're pumping too much in every year. There's no way that we won't hit the carbon ceiling leading to a 2 degree C rise in global average temperature within the next few years.

And even if we could suddenly stop burning fossil fuels tomorrow, it wouldn't make a dent in the carbon problem. It turns out that most of the carbon released into the air ends up acidifying our oceans. Once we stop adding carbon to the atmosphere, the oceans will release it for hundreds of years to come.

So if not carbon, then what?

Drawing on the work of Walter Jehne, a retired soil microbiologist and plant ecologist, Marco points out that carbon comprises about 11% of greenhouse gases. Methane, another 8%.

Over 80% of greenhouse gases, therefore, are comprised of something else. And that something else is where our salvation may lay.

For a bunch of reasons mostly tied to industrial agriculture, the planet is storing much less water in plants and soil, and much more in suspended liquid particles in the air. They aren't clouds, but a kind of watery haze.

This water vapor traps the sun's heat, which leads to warming.

And as naked soil, stripped of forests or any kind of vegetative growth, heats up, its microbes die, leading to desertification.

So the single most important things humanity can do to halt and reverse global warming are to stop deforestation and end heavy-till industrial agriculture. Essentially, by greening the earth's surface, we can close the energy gap.

How can we do this? According to Marco, our most powerful leverage is to stop investing our savings in enterprises that are destroying forests and funding land-destroying agriculture.

In today's conversation, he shares tools for discovering if your investments are funding deforestation and harmful agricultural practices.

Oh, and if you're looking for a political cause, get involved in repealing or reforming the Farm Bill that subsidizes giant agricultural monocrops and factory farms so that environmentally responsible models can't compete.

Marco's next investing course: Towards Aware and No-Harm Investing – save 20% by entering coupon code PLANT at checkout (not an affiliate link)

Bringing Our Soil Back to Life, by David Montgomery

Growing a Revolution, by David Montgomery

The Hidden Half of Nature, by David Montgomery

AsYouSow.org – how to assess your investments on a “do no harm” basis

Wikipedia entry on Charles David Keeling (for your next cocktail party or Jeopardy! appearance)