The Science and Practice of Forgiveness: Nathaniel Wade, PhD, on PYP 449 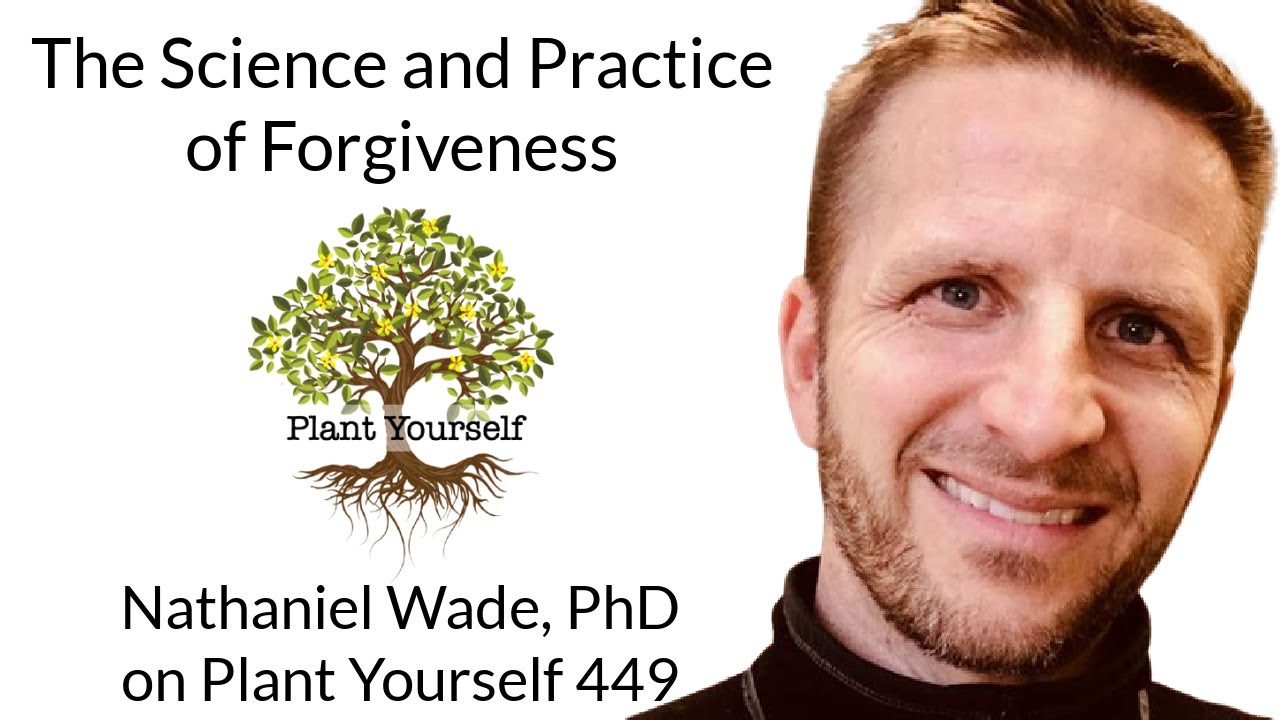 Nathaniel Wade was studying forgiveness as a grad student at Virginia Commonwealth University when, at the age of 26, he discovered his wife was having an affair from a folded note in the laundry basket.

All of a sudden, the topic no longer seemed theoretical. It was now deeply personal, deeply painful, and deeply present during pretty much every waking moment.

And it leant urgency and passion to Wade's inquiries, and perhaps has turned him into the wise and compassionate person he is today.

Wade is a professor in psychology at Iowa State University. He studies the psychology of forgiveness from a clinical as well as spiritual perspective.

I first discovered Wade's work in an essay in one of my favorite online journals, Aeon magazine. The title was tantalizing: “Forgive and Be Free.” Wade suggested that forgiving another person isn't strictly (or even mostly) for their benefit, but rather for the benefit of the forgiver.

That's all well and good, but for me, forgiveness still had the feel of letting someone off the hook. It's as if by forgiving, I was saying, “Well, I guess it wasn't that bad.”

And maybe I could say that, since honestly the harms that have been inflicted on me in my life have been pretty mild.

But when I think about those abused as children, or assaulted as adults, or falsely accused of crimes, or imprisoned – forgiveness seems like an unreasonably high price to pay for the alleged freedom promised by the article.

But here's what got me hooked, and eager to have a conversation with Wade: the first step of his process involves acknowledging the harm done. Citing a study on forgiveness therapy for survivors of childhood incest, Wade wrote: “For true forgiveness to occur in this context, they argued, the women needed to first acknowledge that a true hurt had been done to them as children.”

And bingo, the penny dropped.

What I had thought of as forgiveness was actually closer to “forgetness,” a minimization of harm. But that whitewashing of the past was the opposite of forgiveness, since it wasn't addressing what actually happened. As Wade said during our conversation, I can forgive only when I admit that what they did was wrong.

In our conversation, we talked about the research as well as the theory and philosophy of forgiveness. We spoke of Wade's own research, the work of others, and directions for future enquiry. (I made some suggestions, which Wade was extremely generous and complimentary about, but he might just be a really nice guy!)

We explored the barriers to forgiveness, whether some people have a predisposition to forgive, and what effective forgiveness therapy interventions look like. We also chatted about self-forgiveness, which is a huge barrier to the changes that many of my coaching clients desire to make.

“Forgive and be Free,” by Nathaniel Wade – in Aeon Magazine

“The Psychology of Forgiveness and Unforgiveness and Implications for Clinical Practice,” by Everett L Worthington, Jr, and Nathaniel G Wade