Should Vegans Own Guns?: Rabbi Hillel Norry on Plant Yourself 446 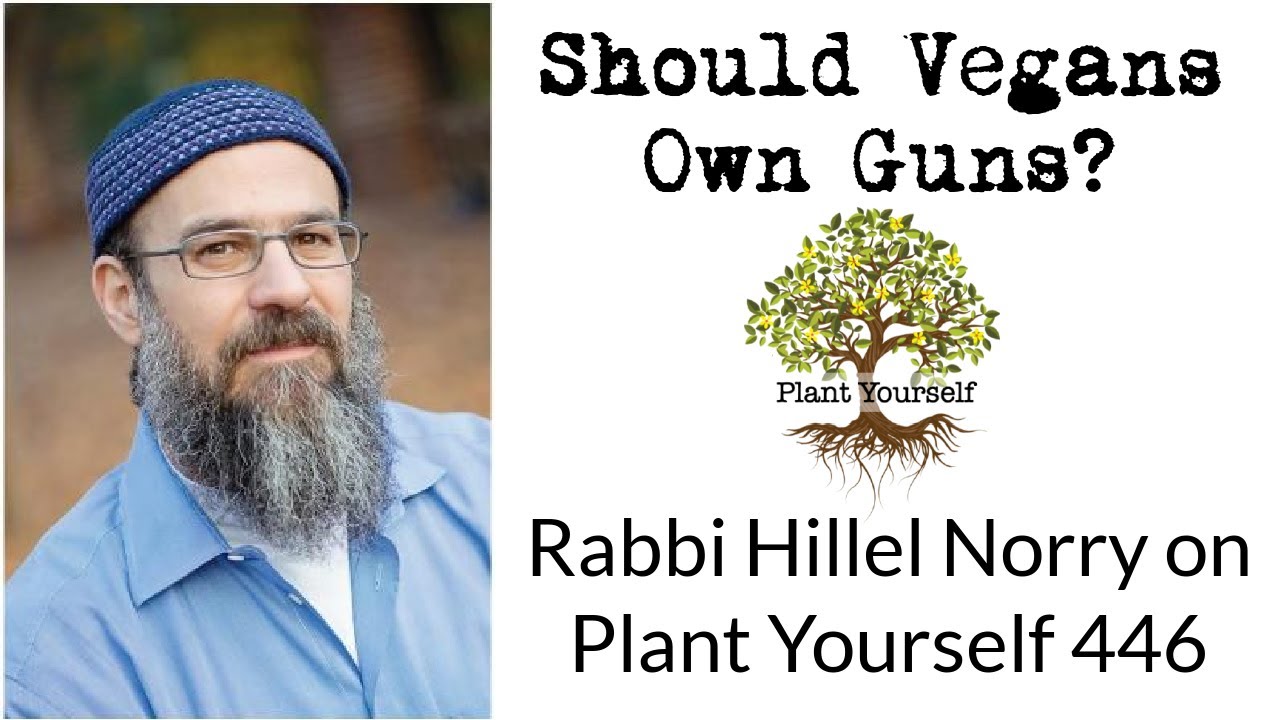 Given the shocking violence we've seen this week, with more predicted around the country, I found myself in a very strange place: feeling like my home and family are under potential threat.

Granted, I have a hypersensitive sense of danger, given my cultural and familiar heritage as a Jew and the child of a holocaust survivor. My ancestors survived long enough to pass down their genes to me because they erred on the side of “get out of town” rather than “things will settle down.”

And because my threat assessment now includes the possibility of civil unrest led by racist, antisemitic militia who believe that the Jews and Democratic establishment and Hollywood are perpetrating an evil conspiracy to kidnap and abuse children, I started wondering about how it might all end.

And one of the elements that fed into my modeling was the uneven nature of gun ownership. Very few liberals I know own guns. Most conservatives do. And in a recent poll, about one-third of those who voted for Trump expressed at least partial support for the Capitol Hill insurrectionists.

I'm very anti-gun by nature and philosophy. I've never owned one. I wish they had never been invented. And this week I found myself thinking, “Should I buy a gun to defend my family if the nation descends into violent anarchy?”

So I reached out to one of the most unorthodox thinkers I know.

Hillel Norry is a rabbi, a staunch liberal, an LGBTQ+ ally, a vegan, and a firearms instructor. He's a licensed private eye, and consults with houses of worship on security matters.

I asked him to talk to me about guns – philosophically and ethically, and also practically.

I didn't want to get into a debate about gun rights. Partly because I have strong opinions but I'm not an expert on facts and statistics. And partly because the debate didn't really interest me.

I mean, I offered some of the arguments that I believe, but honestly I didn't do any kind of job in terms of countering Rabbi Norry's enthusiastic view toward guns.

He didn't convince me that guns are good, or even neutral. But I now see them as perhaps a necessary evil – and a real problem if the only people who own and operate them are those who view me as an implacable enemy.

Just as he feels that veganism – which he defines as a lifestyle that avoids unnecessary violence – is the most ethical human stance, Rabbi Norry embraces gun proficiency in the same way. Fighting back against those who would harm you, in his worldview, is a moral imperative.

We also spoke about practical issues. If someone were to get a gun, what kind? What are the differences and similarities between different classes: rifles and handguns, revolvers and semiautomatics, Glocks and 357 Magnums. He offered suggestions on one's first “starter gun,” and how to connect with a gun-owning community that shares liberal values.

I never thought I'd do an episode of Plant Yourself on guns, but here I am. And here we are.

Am I making too much of the current situation? Am I seeing the world only through the lens of fear and threat?

Does this conversation empower you, or enrage you, or bewilder you?

Do you own a gun? If so, what would compel you to use it?

If you don't own a gun, did this conversation move you to consider getting one?

2 comments on “Should Vegans Own Guns?: Rabbi Hillel Norry on Plant Yourself 446”